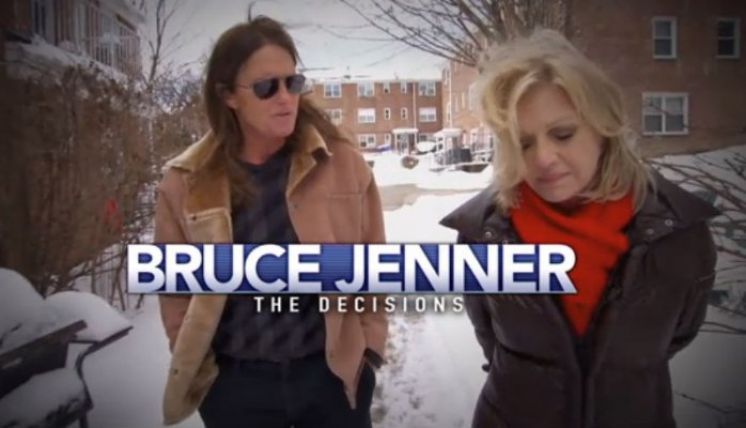 For weeks and weeks and weeks, ABC had been teasing the 20/20 exclusive interview of Bruce Jenner with Diane Sawyer. The build up was juicy!! And for those who know me know, I’m addicted to television so I MUST tune in!! Specials like this are must see TV, so I literally schedule them in my calendar because I don’t want to make a mistake and miss it. I was ret ta go!! I was set ta go!! And bam!! Murphy’s law hit!! I had to work that night!! Yes, Friday, April 24, 2015, the same night as the premiere of the 20/20 exclusive interview of Bruce Jenner with Diane Sawyer. DISASTER!! When I found that out I screamed Nooooooowah!! I was so distraught, earlier that day, I wrote a plea on Facebook that went something like this, “OMG!! I'm gonna miss the #BruceJennerABC Exclusive #DianeSawyer interview tonight at 9pm on #ABC. DISASTER!! I won't be home in time to see it; I'll be moderating a film panel. Heeeeeelp!! What to do!!?? What to do!!?? What to do!!??? Can you Millennials tell me where else I can see this??? Hulu?? Netflix?? Where!!?? Where!!?? Wheeeeeere!!?? Y'all know I'm addicted to television and I MUST see this #BruceJenner interview TONIGHT or I'll die!!! Ok, I'm being dramatic. LOL. No, I won't die but I need my fix!! I'm jonsing!!” LOL. A lot of people responded with suggestions but it turns out that none of them were able to advise me on how to watch the interview on Friday. So I was forced to watch it on Hulu the next day. I wasn’t happy about it because I love to tweet during the show as I watch, but oh well, I had to get over myself. LOL.

The interview was two hours of pure perfection!! Diane Sawyer asked the tough questions and Bruce Jenner answered them succinctly with a smooth, smile!! I really enjoyed their exchange. It was very comfortable and familiar. There was no pretense or pomp and circumstance. Bruce had a glow about him! Bruce appeared very self-assured! I really got the feeling that he was happy to finally be free!! I’m buggin that a lot of people are asking, why now?? I say, about time!! People need to understand something, Bruce Jenner is 65 years old and men in his time COULD NOT have entertained the thought of publically transitioning to a woman because our culture wasn't ready yet!!" Hell, we’re not ready now!! Yes, there were a couple of mavericks who did it. But to get sexual reassignment surgery back then was not only barbaric, it would have also been professional suicide for Bruce; especially because he was ‘The World’s Greatest Athlete!!’ His face was on the cover of Wheaties boxes!! Let's face it, people expected him to be a “man!!” Whatever the hell that means!! Sexual reassignment surgery?? NOPE!! IT WASN’T HAPPENING!!

I more than understand why Bruce Jenner lived a double life as a man when his soul, heart and mind was a woman. I totally get it!! What made me sad was that he struggled with this since he was a little boy. Over the years he’s been sneaking on women’s clothing to feel normal!! To feel happy!! Even if for a brief moment. He even stopped and started hormone therapy intermittently over the years but abandoned the process because he felt very conflicted and guilty as he looked into his young children’s eyes. He just didn’t want to take them though that kind of pain. That’s admirable! Now his kids are grown and Bruce is ‘doing him!!’ YAAASSS!! And I’m loving it!!

Most of his 10 children are supportive of his transition. Four of his biological kids spoke to Diane Sawyer and they all were relieved to FINALLY know why their dad had been acting strangely over the years. One of his sons shared a recollection from his childhood where he was so afraid of his dad turning into a woman that he began crying about it. Although his two biological daughters, Kendall and Kylie, didn’t make an appearance, they did send a statement professing their love and support for their dad. He said that #KimKardashian even gave him style tips. LOL. WOW, having that kind of unconditional love is essential and rare!! AWESOME!! However, Bruce did share that Khloe is having the hardest time with it. That’s understandable as well. It’s great that Bruce isn’t tripping about it. She will come around organically and when that time comes, he said he will be ready to have that conversation with her.

There was no stone unturned in this interview. Bruce even explained how sexual orientation and gender identity are not the same things. I get that but I must admit, I still wanted to know, once she completes her sexual reassignment surgery, who she will date; a woman or a man?? It's was a bit disappointing that Bruce didn’t share what her name will be once her process is complete. So for now I will continue to call her Bruce. But the next time we see her, she will emerge as a woman; wearing her cute, little black dress!! Her last words were, “I’m saying goodbye to peoples perceptions of me. This is not me!!” To that I say, Good For You Bruce Jenner!! Good for You!!

As many of you may or may not know, I’m the host of my self-titled talk show called The Lisa Durden Show where I discuss pop culture, politics and social issues. And watching the Bruce Jenner interview reminded me of an episode I did called, “Who’s Killing The LGBTQ Community.” Where I invited a panel of young people on to talk about their struggles with gender identity and the dangers they face living in a heterosexual world. It was eye opening!! So I’ve provided the link to the entire one-hour show for y’all to watch because it’s very apropos.

Image/s via eonline.com, zap2it.com and radaronline.com

Tweet
Rate this item
(0 votes)
More in this category: « Marilyn Zuniga You Need To Learn NOT Teach!! Moor To The Story »