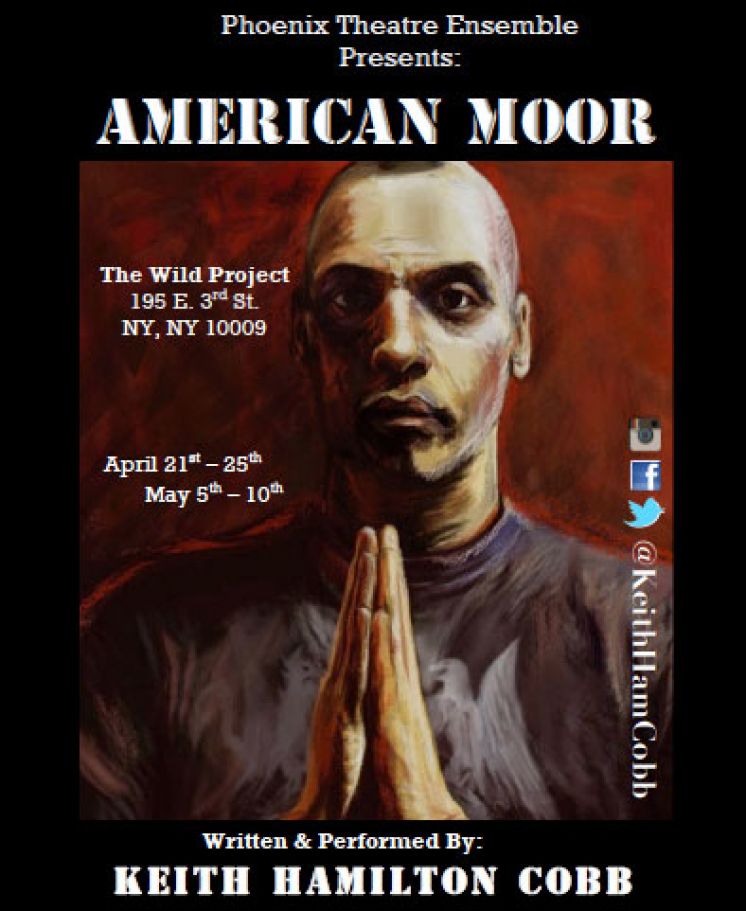 Lisa Durden is doing media coverage of the critically acclaimed stage play, “American Moor,” coming to New York, Wednesday, April 22, 2015. She will get a behind the scenes exclusive interview with the writer and star, Keith Hamilton Cobb, who’s widely recognized for his roles as ‘Noah Keefer’ on ABC's All My Children, ‘Tyr Anasazi’ on Gene Rodenberry's Andromeda, and ‘Quincy Abrams’ for the series, Noah's Arc on the Logo Network.