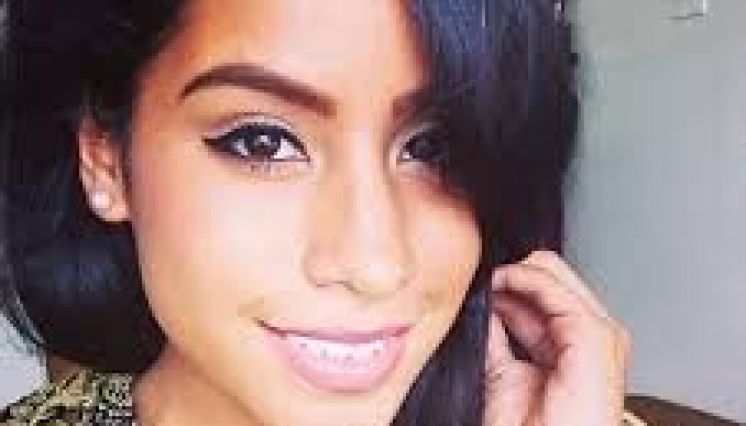 They need to do random drug testing for teachers if they want to prevent DISASTERS like what happened in Orange, NJ!! Cause in my opinion, the teacher at Forrest Street Elementary School in Orange, NJ, Marilyn Zuniga, must be SMOKED OUT, for having her third grade class write get-well letters to Mumia Abu-Jamal, who is in prison for life in Philadelphia for allegedly killing officer Daniel Faulkner in 1981. Who the hell does that?? Who would think to have little 8 year olds write prisoners because they’re sick in the hospital?? I’ll tell you who, NOBODY!! Nobody in their right mind is that stupid!!  IT'S A NO NO TO DO THAT WITHOUT PARENT'S CONSENT!! This brainless bimbo, even had the brass balls, to tweet about the letters!!?? When I saw that, it made my #BrainBleed!! Is she serious!!?? She really needs to lay on ‘several couches!!??’

Of course parents were OUTRAGED when they found out that their child wrote some man in prison WITHOUT THEIR CONSENT!! I don’t blame them!! I would be too!! If I were a parent and found out that the teacher had my child write Jesus in jail, WITHOUT THEIR CONSENT, I’d still be the first one in line demanding her resignation!! Class assignments based on one’s beliefs is NOT academic!! The fact that it never entered Zuniga’s mind that she was crossing the line, is frightening!! It’s mind blowing!!! It’s quackery!! A five year old would know that that kind of bootleg curriculum is a no no!! Which tells me that her thinking is very flawed! Very warped! Very irrational! Very dumb!! Again, signs of either a mentally unstable individual or a drug addicted person. For now, I’ll take drugs for 500 please!!

I am black!! So yes, I am very aware that there is a segment of my community who believes that Abu-Jamal is innocent. At this moment, my blog post is not about taking a political position or stance on whether he is or isn’t a “cop killer.” For the record, the words “cop killer” sickens me!! Cops lives ARE NOT more valuable or important than civilians lives!! In my view, killing any human being, for no good reason, concerns me!! I’m also aware that there are thousands and thousands and thousands of innocent people in prison. Especially black people!! Trust me, I totally get it!! Maybe Mumia is innocent?? Maybe Mumia is guilty?? I have no idea. I wasn’t there. We can save that discussion for another time and place. But for now, as Oprah says, “what I know for sure” is, there’s no place for politics in the public school system!! Period dot com!! That’s teaching 101!! And for Marilyn Zuniga to be pushing her personal politics on a group of unsuspecting 8 year olds,WITHOUT THEIR CONSENT is just WRONG!! It’s highly INAPPROPRIATE!! IT’S A FORM OF BULLYING!! If she was a professor and these were adult college students, would I be mad as a parent?? Yes!! Would I be concerned as a parent?? Yes!! But if my adult child, made an adult decision, to write a get-well letter to a person in prison, I would certainly respect their decision, although I wouldn’t like it.

The coup de grass was when Marilyn Zuniga gave the get-well letters to Johanna Fernandez, a colleague of hers, who’s a professor at Baruch College in New York, for her to deliver them to Abu-Jamal. Both of these mindless ‘mothercluckers’ must be smoked out!! These crackheads must get high together!! Do they not REALIZE that there are far reaching ramifications, that these children WILL face over the course of their lives, for writing and signing their names to those letters to Mumia; that only time will tell?? SMH!! Marilyn Zuniga, You Need To Learn; NOT Teach!!

Levitra is the unimprovable medicine for helping men to sustain an erection. How you can find detailed info and how quick does cialis work? It may have varied brands, but only one ATC Code. Nowadays, for a lot of guys, bringing up the question in the first place is the toughest step. How long does it take for cialis to work? Diabetes, stress, some diseases, and several remedies can reduce your libido. Sometimes stress may affect physical health, including performance.

Tweet
Rate this item
(0 votes)
More in this category: « Aaron Hernandez You Are A $40 Million Dollar Fool!! Good For You Bruce Jenner!! Good for You!! »